Responsible for Sounds and Snacks.

The ninja of sounds, acrobat of the guitar, master of packing, self-taught musician Csabika is always thriving for quality and clearness. A self-taught musician, he started playing the guitar in 2006 after hearing his first jazz records. He remained mesmerized by the phrasing and sound of the old and modern jazz classics and kept aspiring to that level of musical knowledge. For 16 years he's been playing the guitar collecting knowledge, sounds and pedals, working to find the perfect tones. He is the orchestrator and harmonizer of the group since the very beginning, co-writing the originals and providing the ukulele-background music for all of our trips. Although he is the youngest and greenest of the pack, he is not without experience when it comes to music. In the present he is active in the Romanian jazz, funk and rock scene with several projects that he takes part in, such as his duo with singer Koszorus Krisztina, their band Koszika and the HotShots, indie-rock band Moonfellas and several other projects. His versatile guitar playing allows him to accompany soloists in a very varied way, bringing on the surface the bass line, the perky rhythmic components the harmonies of a song, as well as improvisation in many different styles.

His duo with singer Koszorus Krisztina won the award "Confirmation of the Year" in 2017 at Jazz Gala Muzza in Bucharest for their 2016 activities, and the award Most Valuable Composition at International Competition Jazz in the Park, Cluj Napoca 2017.

Responsible for Keys and GPS.

Having started playing classical piano at a very young age, there are really no keys on the piano that Cristina isn't familiar with. She is part of the band since 2011, strongly adding to the feminine power and to the vocal harmonies in the group. Her laugh is the ray of sunshine in a cloudy day, and  will definitely make you laugh with her - but only if she is sufficiently powered by caffeine.  She is also a teacher and a classical music performer, as well as a true cat-lover, that's really almost starting to be a criteria in the group.

Responsible For Bass and Other Heavy Duty Machinery.

Being a classical guitar teacher doesn't stop Attila from dropping the much needed fat basslines. He is part of the band since 2013, strongly adding to the weight and height of the otherwise slim and short group. He has the ears to count on when something isn't quite right in a melody or a chord progression, and he also takes on the heaviest notes in the band. He not only can walk a bass, but he can drive one, too, since he is the only one owning a drivers' license (or a car), living in a village, and working in two different cities.

Zsolt goes by the name Asterix or Aszti in the group, and provides the band with necessary rhythmic foundation for us to get our groove on. He also has an unlimited amount of jokes, that he usually shares in the car. Being a self-taught musician, he ventured in a wide variety of styles and genres, but at heart he is a true rocker. Constantly updating and upgrading his instruments, besides the basic drum kit he has all kinds of interesting percussion instruments from all around the world, that he uses with us when doing acoustic sets.

The latest addition and the top jewel of the group, Áron's versatiality and virtuosity adds a whole bunch to the band's sound. He plays with us since 2015 and travels an extra 180 kms to gigs, being a citizen of the beautiful city of Sepsiszentgyörgy. When he's not traveling with bands, he teaches saxophone to kids, and shares the best jokes about them with the funniest faces he can make. His main love is jazz music and he leads his own jazz band, the Éltes Áron Quartet, and provides all his musical project with the best solos and funkiest fills.

Vaughn Roberts is one of New Zealand's finest composers and arrangers. His music has been performed by the likes of Norah Jones, Steve Gadd, Dave Weckl, Robben Ford, James Carter, Gregg Bissonette, Louis Dowdeswell and the multi Grammy nominated University of North Texas One O'Clock Lab Band. Vaughn's debut album "Grrreat Stuff!" composed and arranged for Big Band was recognized as Jazz Album of the Year at the 2006 New Zealand Music Awards. He has written extensively for television broadcast, and his music is regularly featured on Air New Zealand in-flight entertainment.

As a performer Vaughn has extensive experience world wide. He played lead trumpet in the live band for TVNZ's award winning series "Dancing With The Stars" from 2005 to 2009. He has performed with such diverse artists as Norah Jones, Ronan Keating, Diana Krall, Gerry Mulligan, Allen Vizzutti, Eric Marienthal, Joe Lovano, Tim Hagans, Kiri Te Kanawa, Che Fu, Paul Potts and Hayley Westenra. He has been been featured in jazz festivals in the United States, Norway, Finland, Poland, Romania, and his native New Zealand. Vaughn spent many enjoyable years as Musical Director aboard Norwegian Cruise Line, where he was recognized as Musician of the Year for his services to the company.

Vaughn received a Masters degree in Music Performance from the prestigious University of North Texas, where he was a teaching fellow and member of the Grammy nominated "One O'Clock Lab Band." He has served on the faculty of the New Zealand School of Music, teaching theory, improvisation, composition, arranging, and instrumental lessons. His experience has also been shared with the New Zealand Jazz Foundation where he was a committee member for several years, twice directing the New Zealand High School Jazz Orchestra. He co-ordinated and developed the New Zealand School of Music Young Musicians Program - an academy for gifted high school students.

As a commercial writer, Vaughn has arranged hundreds of charts for performers worldwide in virtually every concievable style and instrumentation. He is equally adept with scoring for Big Band, Symphony Orchestra, Brass Ensemble, String Quartet or Showband. Easy to read and always functional, Vaughn's writing is appreciated by musicians all over the globe.

Currently based in Romania, Vaughn is excited about being in a new environment, and collaborating with creative like-minded artists. 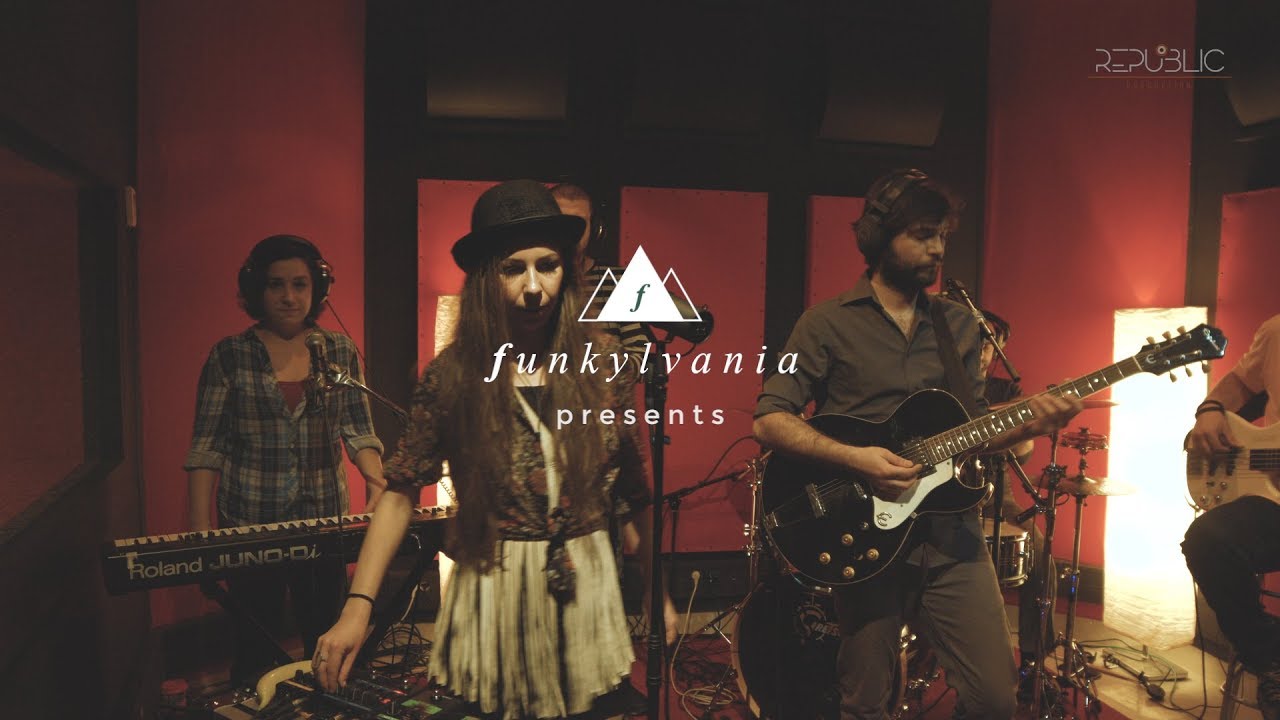 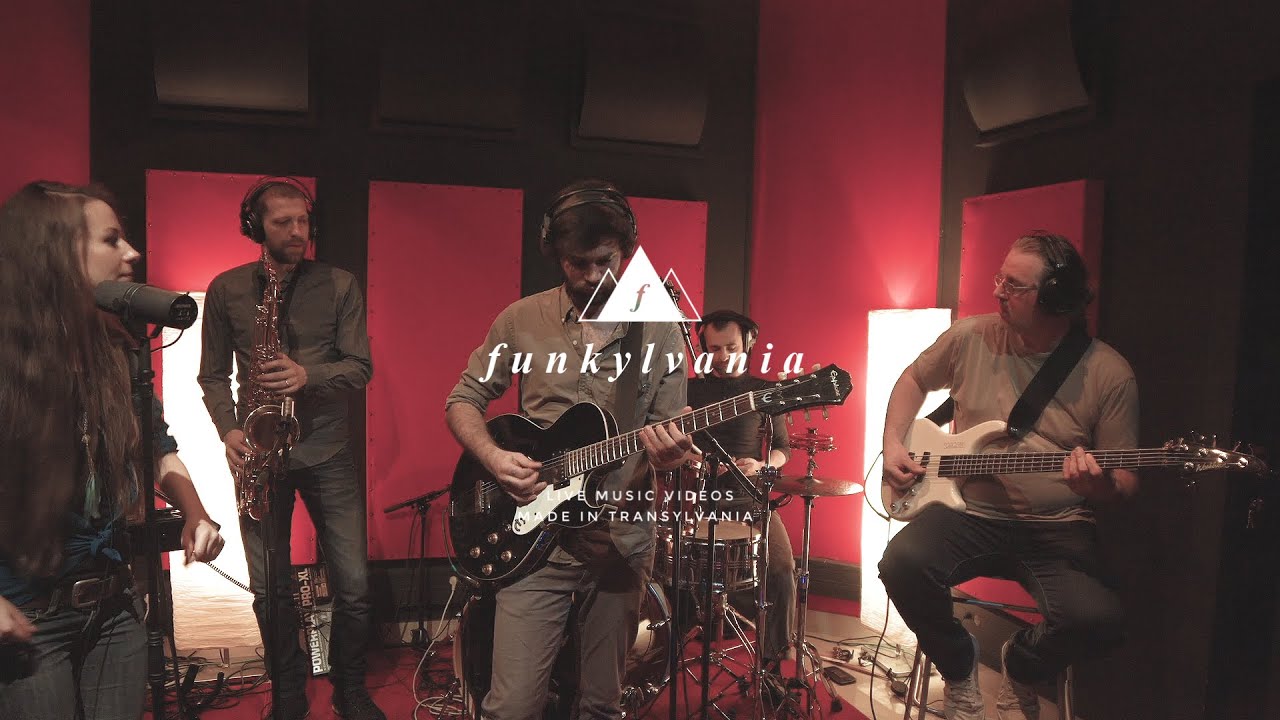 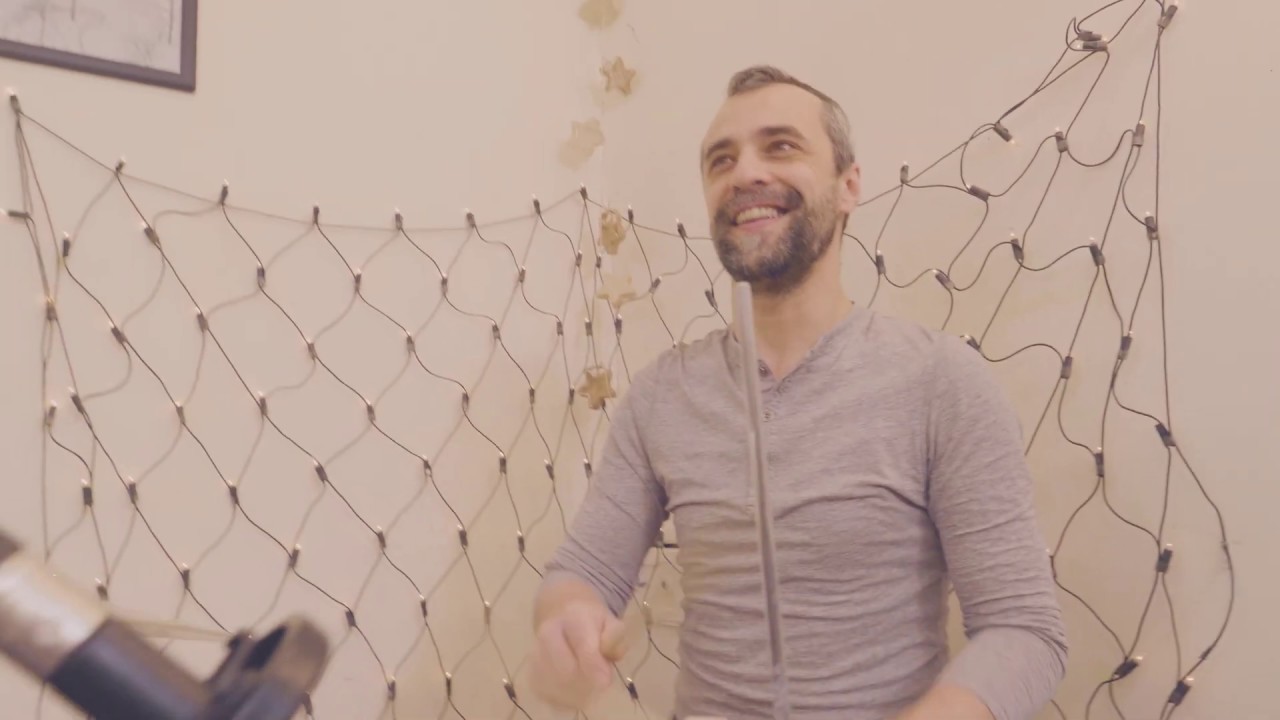 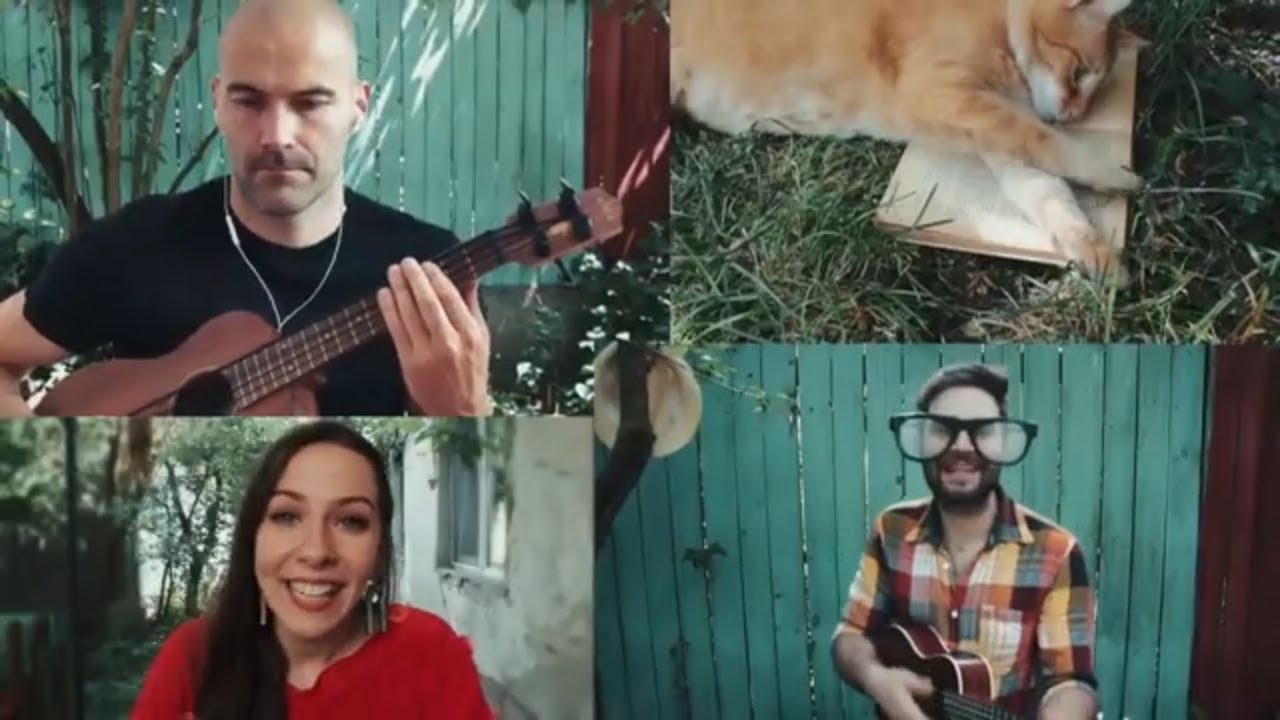 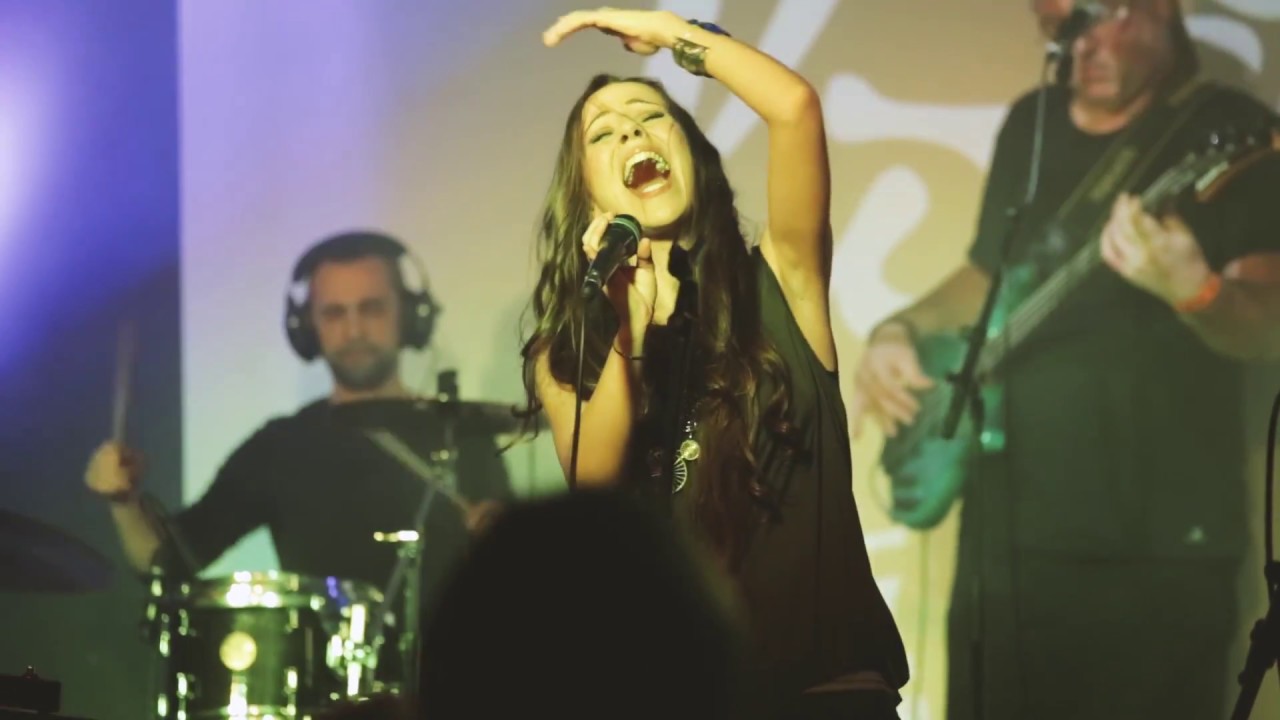 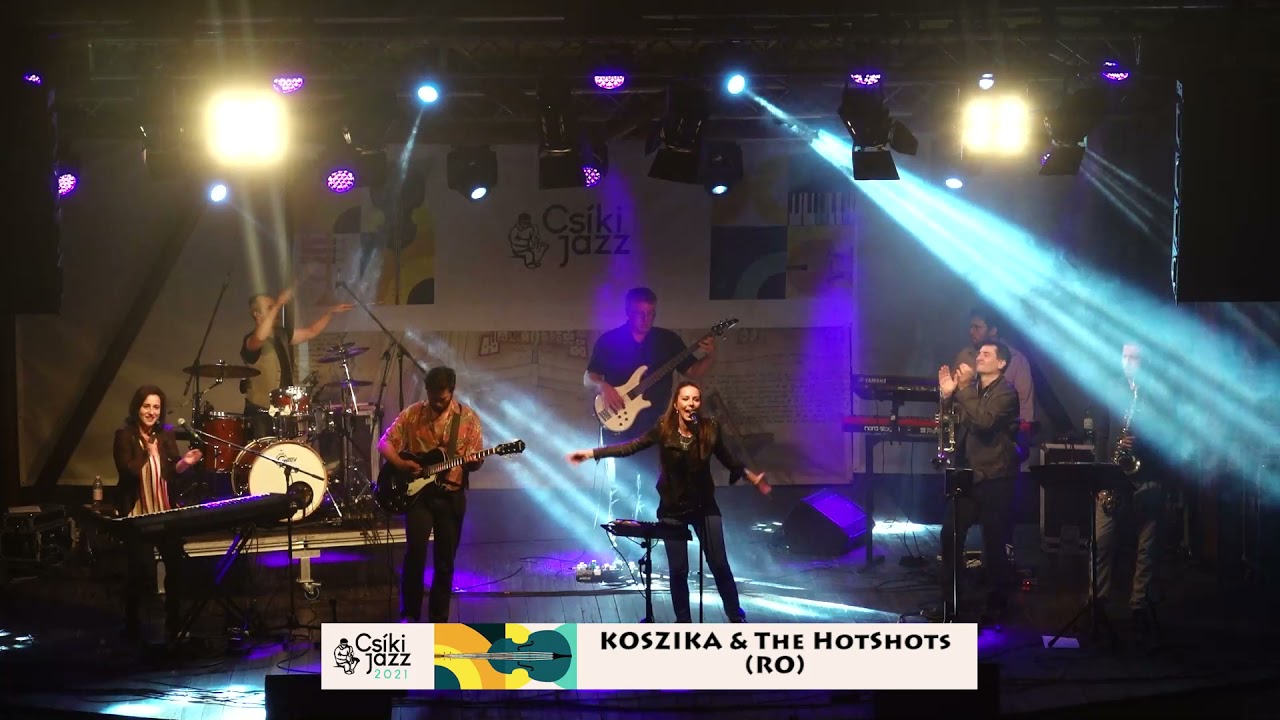 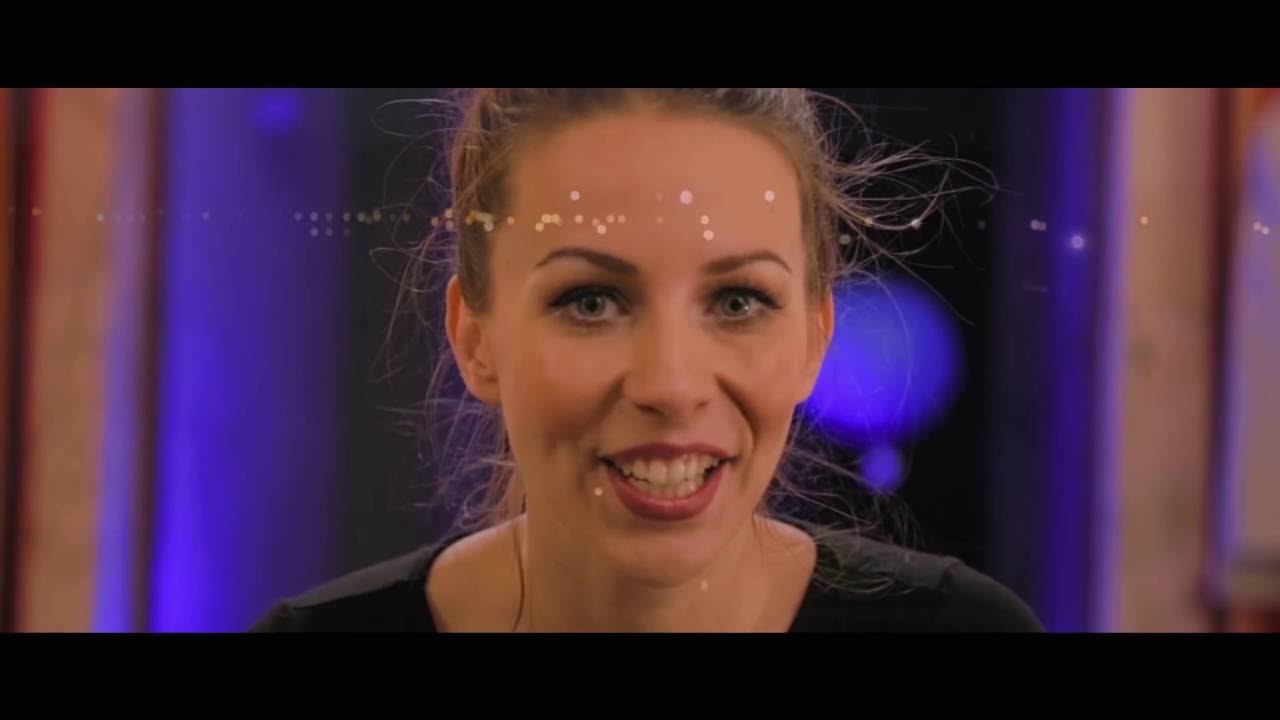 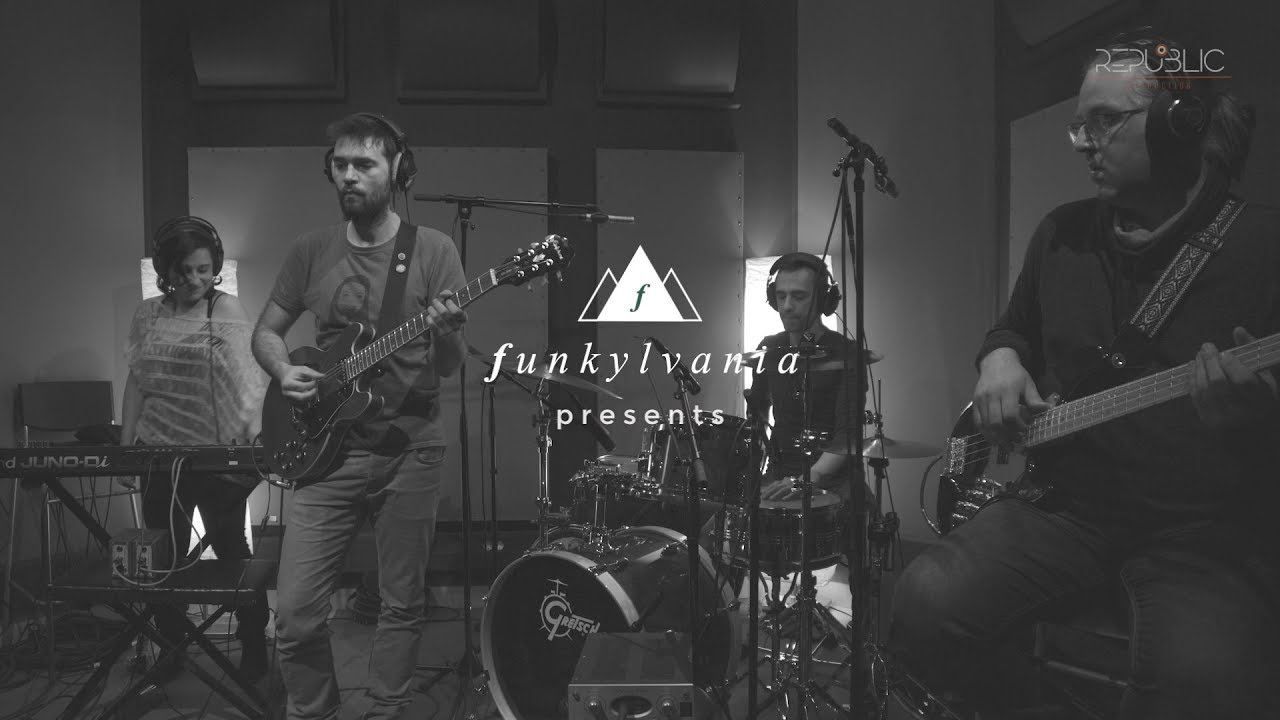 Love for Sale by Koszika & The HotShots 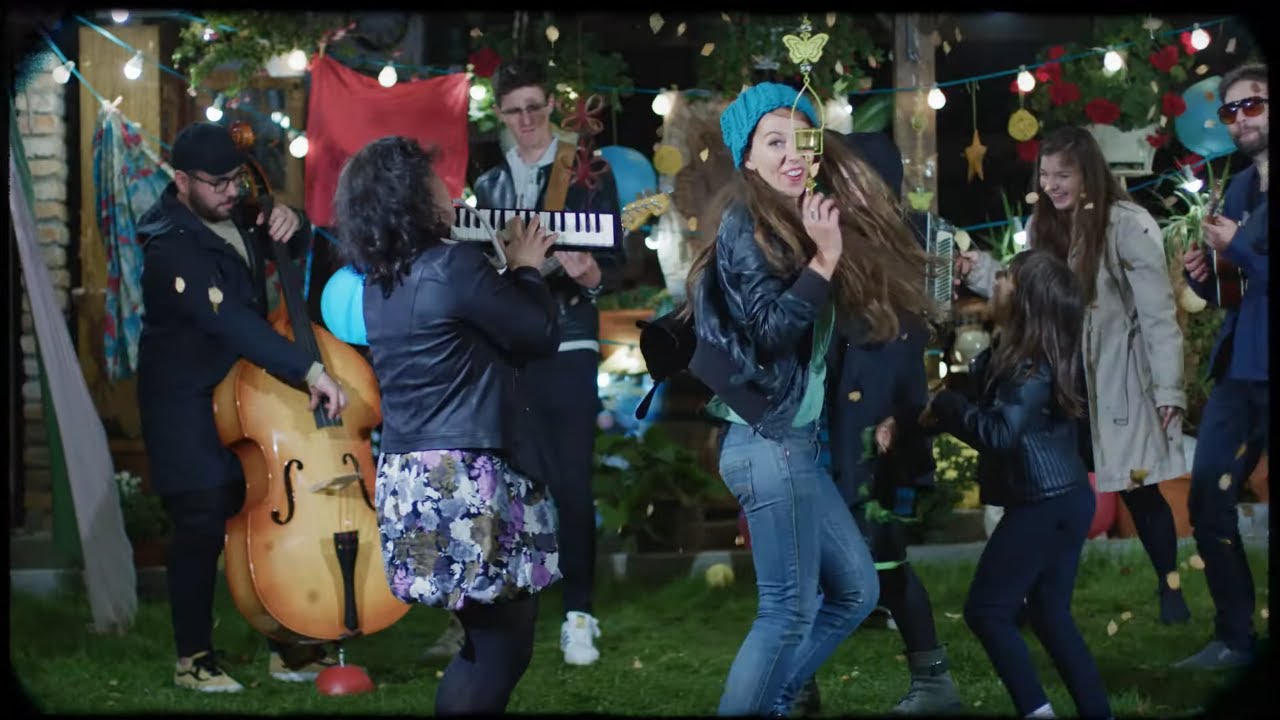 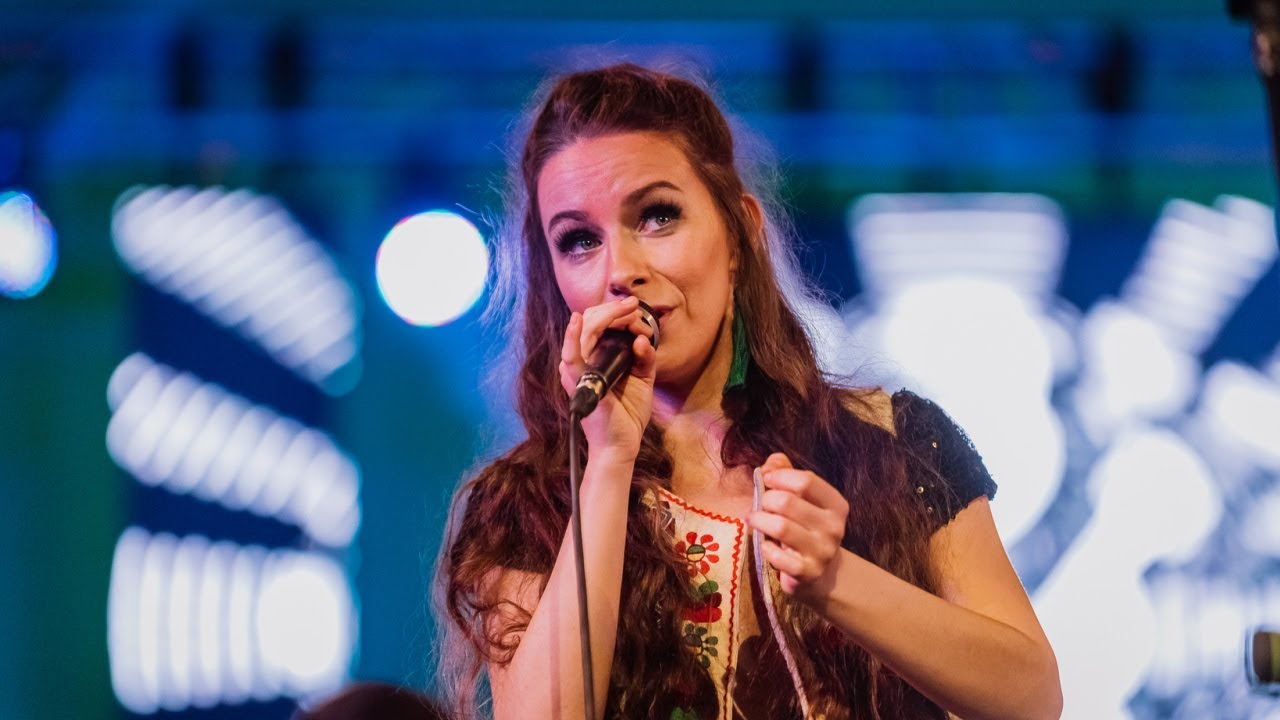 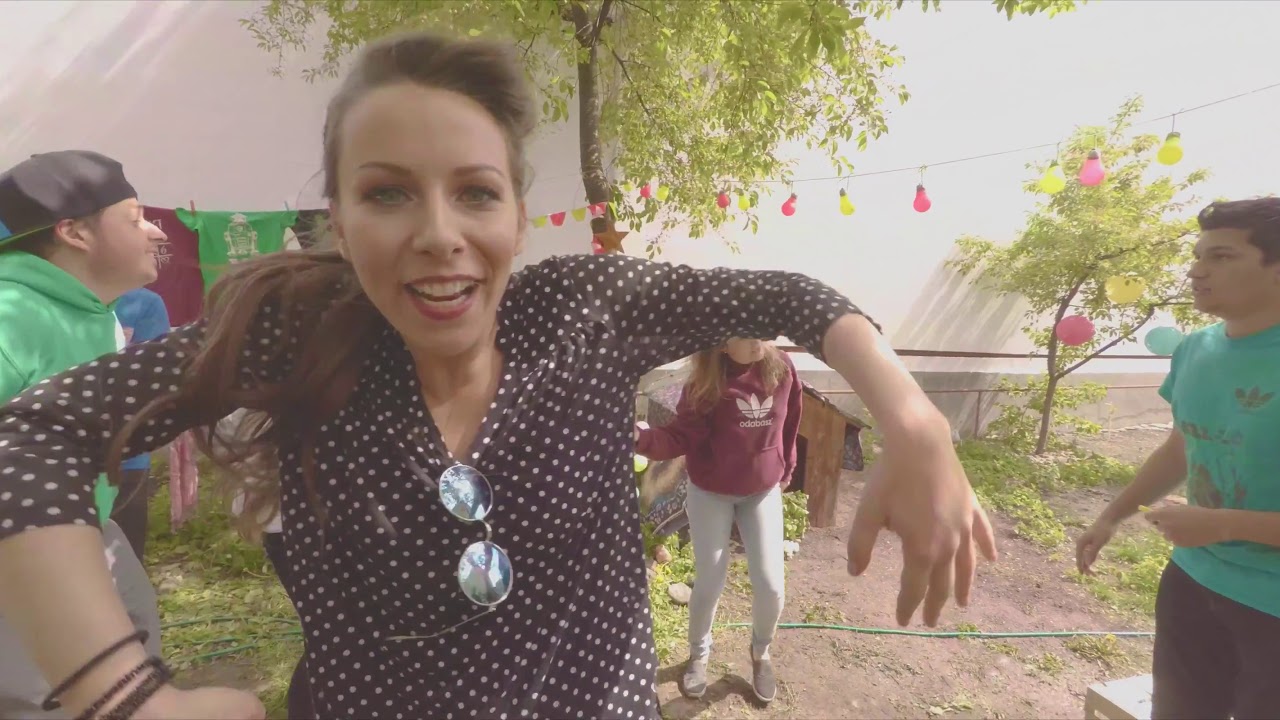 In 2021 Koszika and The HotShots celebrates ten years together! Koszorus Krisztina also known as Koszika, started the band with her partner Szász Csaba and two other friends in 2011. Roaming through time and space playing live and launching studio and live performance videos, in the last ten years they’ve collaborated  with dozens of musicians and together they’ve grown and evolved and shaped the sound and repertoire of The HotShots collective.

Koszika and The HotShots did not rest during 2020, they kept you close even during the pandemic with Living Room Sessions, quarantine videos, official music videos and online concerts. But they like playing live the most because on the stage with YOU in front of them, they feel at best!

And now taking their projects to the next intercontinental level, Vaughn Roberts joins the band. Vaughn came all the way from New Zealand and is one of New Zealand’s finest composers and arrangers and as a performer Vaughn has extensive experience world wide. Check out the band’s latest YouTube release, Transylvanian Tales, a live concert from 2021 as Vaughn joins the band with his magic trumpet!

Krisztina, Aszti, Zonda, Cristina, Aron and Vaughn can’t wait to play for you again soon! and send out to y’all their best regards!

Gala Jazz Muzza, Bucharest
– Confirmation of the Year – in duo with Szász Csaba

Koszika & The Hotshots have opened for the following acts:

Koszika & The Hotshots have toured in:

Koszika Solo has toured in:

Interested in hiring Koszika & The HotShots for your music festival, event or series? Drop us a line with your name and email address and we’ll get right back with you! Thanks for your interest!

Koszika & The HotShots have appeared at the following music festivals:

Koszika is based in Transylvania, Romania and ready to travel the land.

Stay up to date with our latest news, receive exclusive offers, and more.

Koszika and the HotShots Live!

Facebook Event Page: Koszika and the HotShots Live! At the Atelier Cafe